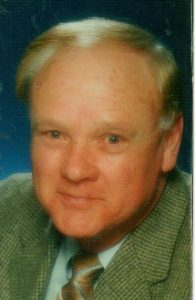 Dwight R. Brock, 87, of Peoria passed away at 1:25 p.m. Saturday June 13, at Sharon Elms Health Care in Peoria. He was born December 1, 1932 at Macomb the son of Clair H. and Edna M. (Thum) Brock. He was preceded in death by his parents and one son, Steven Brock. He is survived by one granddaughter and several friends. Dwight graduated from Cuba High School in 1951. Dwight was a veteran serving two years in the US Army where he was stationed in Germany for 18 months. He attended Western Illinois University in Macomb and then graduated from Worsham College of Mortuary Science in Chicago in 1957. Dwight was a Funeral Director and Embalmer having worked for Hodgson Funeral Home in Rock Island and Wilton Mortuary in Peoria. He owned and operated his own printing company in Peoria for many years. He was a life member of Cuba Lodge AF&AM 534 and was a Shriner in lodge Kaaba Shriners of Davenport, Iowa. A graveside service will be held at 10:30 a.m. Friday at Baughman Cemetery where a masonic service will be held. Burial will be in Baughman Cemetery at rural Smithfield with military services by Cuba American Legion Post 534. Henry-Lange Memorial Home in Lewistown is in charge of arrangements.