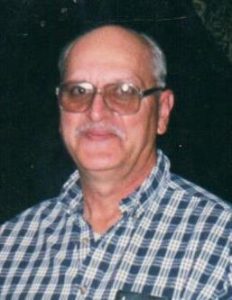 Richard “Dickie” Allen Mohn Sr., 74, of rural Lewistown passed away at 5:28 p.m. Friday May 22 at his home surrounded by his family. He was born December 5, 1945 at Peoria the son of Henry and Alberta (Munro) Mohn. He married Sandra Segler on November 17, 1964 at Peoria. She survives along with three children, Richard Allen (Carole) Mohn Jr. of Petersburg, Bryan Keith Mohn of Westborough, MA; Celia Casey (Steve) Ferree of Havana, two sisters, Patricia Spiller of Florida and Jean Ihnen of Green Valley, two brothers, Stephen (Nancy) Mohn of Ankeny, IA; and Dennis (Bonnie) Mohn of Maine, six grandchildren, Rodolphe Dauchy of Menton, France, Richie Mohn of Petersburg, Ty Mohn, Allie Mohn and Lulu Mohn all of Massachusetts and Liv Ferree of Havana, two great grandchildren, Nolan Dauchy and Lilou Dauchy both of Menton, France, special people in his life Tina, Buck and Doc and many nieces and nephews. He was preceded in death by his parents, three siblings, Henry, Donald and Ann and one grandchild. Richard was a Railroad Car Inspector for 37 ½ years. He was a TCU Union member for 55 years. Richard was a loving devoted husband and father. He loved and enjoyed spending time with his family and was a blessing to his grandchildren and siblings. Cremation will be accorded. The family will have a private Celebration of Life. Memorial contributions may be made to DAV.ORG. Henry-Lange Memorial Home in Lewistown is assisting the family with arrangements. Online condolences may be made at henrylange.com.