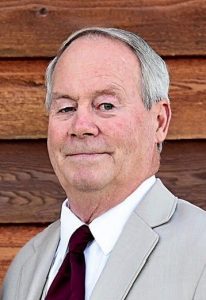 Guy Leland Hernan, 69, of Mason City passed away on May 19 at 6:17 pm at his home. He was born on July 5, 1950 in Springfield to Leland and Doris “June” (Fletcher) Hernan. He married Renee Chambers on June 24, 1985 in Las Vegas. Guy Lee is survived by Renee and 5 children: Jason Chambers, Dani Hernan, Billy (Alicia) Hernan, James (Sarah) Hernan and Jeff (Emily) Hernan, 8 grandchildren and 3 sisters: Lois Stewart, Luanne Cave, Jule Dragstrem and his brother Jim Hernan. He was preceded in death by his parents. He served in the United States Army, was a member of the United Presbyterian Church of Mason City, enjoyed traveling, volunteering and the restoring of the Marbold Farmstead in Greenview. He was known all around town for his delicious caramels. He started working for Hernan’s Plumbing Heating in his 20s and co-owned the business for over 25 years. Cremation rites have been accorded and a celebration of life will be held at a later date. Memorial contributions may be made to American Alzheimer’s Association or HSHS St. Johns Foundations for the Children’s Hospital. Online condolences may be left at Hurleyfh.com. Hurley Funeral Home in Mason City is in charge of the arrangements.