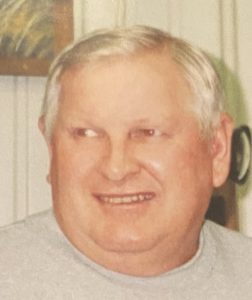 Barton S. Irwin, 82, of Forest City passed away at 8:42 a.m. Tuesday, April 21 at Memorial Medical Center in Springfield. He was born August 7, 1937 in Forest City to Stanley and Thelma Seaton Irwin. He married his high school sweetheart Heidi Hill on April 20, 1957 in Forest City and she survives. He is also survived by one son Bart (Michele) Irwin of Woodland Park, CO.; two step grandsons James and Thomas; three step granddaughters Savanna, Corinne, and Ashley and six step great grandchildren. Bart has one brother Norman (Cheryl) Irwin and one sister Darla (Butch) Henrichs both of Pekin. Bart graduated from Forman High School in 1955 and worked at Caterpillar for four years. He entered the U.S. Army from 1960-1962. Upon returning home he farmed in the Forest City area for fifty two years retiring in 2016. He was a member of the Forest City Community Church and was an avid Cub fan. He enjoyed going to auctions and buying farm toys. Graveside services will be held Friday, April 24 at Pleasant Hill Cemetery near Forest City. Pastor Frank Bronzenec will officiate. Memorials may be made to the Forest City Community Church or to the Forman Ambulance Service. To leave an online condolence to www.hurleyfh.com. Maas-Hurley Funeral Home in Manito assisted the family with arrangements