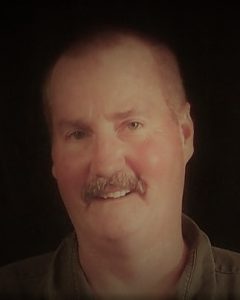 Joseph Michael Ryder passed on Friday, February 21. He was born March 16, 1963, to Virginia and Roy Ryder. He and his family moved from the St. Louis area to Havana in 1973 and he later graduated from Havana High School before going into the Marines. He then moved back to Missouri and met the love of his life, Sandra Benson. They married and had two wonderful sons, Benjamin and Joshua Ryder. Joe worked as a carpenter and contractor as well as proudly serving many years as a firefighter and EMT. He was known for helping anyone in need, right up to the end when he gave one last time, as an organ donor. Joe was a loving husband, dear son, terrific brother, beloved father, a great friend and so much more. Joe was preceded in death by his grandparents Otis and Hilda Chrisco and T.S. and Mary Ryder, his father, Roy Ryder, and his twin brother, James Ryder. He is survived by his loving wife Sandra, sons Ben and Josh, mother Virginia, sisters Jeannie Ryder and Julie (Doug) Richardson as well as many nephews, nieces, great-nephews, great-nieces, and cousins. A Memorial Mass will be held March 21st at 11 a.m. at St. Barnabas Episcopal Church in Havana. In lieu of flowers, memorial donations may be given to Stray Rescue of St. Louis or to his family to help with the final expenses.