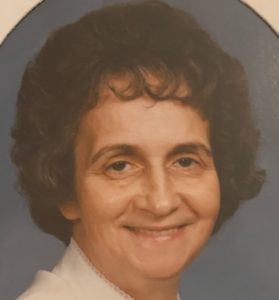 Jennie Lee Stambaugh, 78, of Havana passed away at her home on Sunday, March 8. She was born on June 1, 1941 in Rushville to David and Velma Stambaugh. She married Guy L. Stambaugh on November 19, 1960. He preceded her in death on February 13, 2020. Jennie is survived by her children: Mike Stambaugh of Havana, Faye Stambaugh of Bettendorf, Iowa, Guy (Kim) Stambaugh of Havana, and Gary Stambaugh of Havana, step-children: Marilyn Conley of Shorewood, Phyllis Martin of Minooka, and Gregory Stambaugh of Joliet, thirteen grandchildren, and several great-grandchildren. She is also survived by her brother David Stambaugh and sisters: Connie Durrell, Bessie Chestnut, and Mary Morris. She was preceded in death by her parents, husband, and siblings John, Richard, Danny, and Norma. Jennie was a member of the Mason City Assembly of God. She worked as a caregiver for many years. Funeral services will be held on Wednesday, March 11 at 11 a.m. at Hurley Funeral Home in Havana, with a visitation to be held on hour prior to the service from 10 a.m. to 11 a.m. Rev. James Sprinkel will officiate. Burial will follow the service at Browning Cemetery in Browning. Memorial donations can be made in Jennie’s name to the Mason City Assembly of God. Online condolences can be left for the family at www.hurleyfh.com. Hurley Funeral Home in Havana is in charge of arrangements.