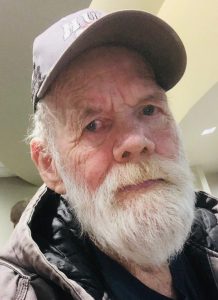 Curtis Ora “Wort” Witherall, 71, of Kilbourne passed away at his home at 3:06 p.m. on Wednesday, February 26. He was born on June 12, 1948 in Springfield to Lee Roy “Joker” and Maude Marie (Tribbett) Witherall. He married Beverly Jean Hughes on October 4, 1971 in Kilbourne. Mr. Witherall is survived by his wife, children: Jerry (Angela) Witherall of Waterford, California, Robert Pellhum of Chandlerville, Mary Witherall of Springfield, Curtis (Marcia) Pellhum of Havana, John Witherall of Modesto, California, Elizabeth (Edward) Rilea of Havana, and Verla (Steven) Simmons of Kilbourne, 29 grandchildren, and 32 great-grandchildren. He is also survived by his sisters Elizabeth Cleary of Bernadotte and Elsie Busch of Springfield. He was preceded in death by his parents, son Alvin, and brothers Raymond and Robert Witherall. Mr. Witherall drove a semi-truck for Gary Hodgson’s Lumber for many years. He owned his own semi and retired from Hardwood Lumber. He enjoyed fishing, camping, and mushroom hunting. Funeral services will be held on Monday, March 2 at Hurley Funeral Home in Havana, with a visitation two hours prior to the services from 9 a.m. to 11 a.m. Rev. Abraham Mogerman will officiate. Burial will be held at Kilbourne Cemetery. Memorial donations can be left in Mr. Witherall’s name to his family. Online condolences can be left for the family at www.hurleyfh.com. Hurley Funeral Home in Havana is in charge of arrangements.