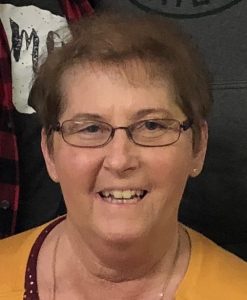 Sandra Kay Yocum, 71 of Browning, went home to Jesus at 3:39 p.m. on Sunday, February 2, 2020 at OSF St. Francis Medical Center in Peoria while surrounded by her loved ones. She was born the daughter of Daniel Earl and Gloria Shirlene (Hamilton) Duckwiler, on August 6, 1948. On January 30, 1967 Sandra married Larry Horner in Summum. She later married Monty McCombs and then Gerald Yocum. Sandra worked at Fibre Steel in Astoria and was a top-selling Avon Representative for many years. She then worked for Koster’s World of Wood, before becoming Assistant manager at Hardee’s in Havana, then in Canton, and later the Manager in Beardstown. For a short time, she was Dr. Gowda’s receptionist at Graham Medical Group in Canton. Lastly, she was the manager at Oberweis Dairy in Bollingbrook, where she retired. She was a member of the Summum Christian Church. Sandra was an avid Alan Jackson fan, who attended as many concerts as she could and was a member of his fan club. She enjoyed reading, fishing, eagle watching, and traveling to Florida to spend time with family. She loved spending time with her grandchildren and great-grandchildren, and cheering them on at their sporting events. She is survived by two daughters, Angela (and Bobby) Blickenstaff and Kisha (and Jeremy Taylor) Stambaugh, both of Astoria, five grandchildren; Aubri Blickenstaff, Mason Blickenstaff, Skye Stambaugh, Tucker Stambaugh, and Elli Taylor, two great-grandsons, Oscar Jones and Parker Stewart, her sister Carol (and Neal) Lippold of Winter Garden, FL, and two brothers, Gale (and Susan) Duckwiler of Astoria and Dennis (and Lisa) Duckwiler of Summerfield, FL. Sandra was preceded in death by her parents and three brothers, Raymond, Damon, and Bill Duckwiler. Services will be held at 10 a.m. Friday, February 7, at Shawgo Memorial Home in Astoria. Pastor Darrin Fish will officiate. Visitation will take place from 5:30 to 8 p.m. on Thursday, February 6 at the funeral home. Interment will be in the Summum Cemetery. Memorials may be given to The Family House, 1339 E. Nebraska Ave., Peoria, IL 61603 or the Summum Christian Church.