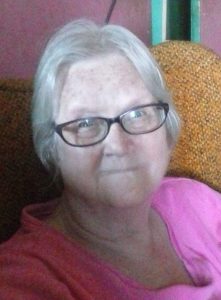 Nancy Hallmark, age 77 of Havana, died Thursday, January 23, 2020 surrounded by her family in her home. She was born February 5, 1942 in Saidora, the daughter of Fred and Edna Adkins Otto. She married James Hallmark and he preceded her in death on September 5, 2005 She is survived by her children Dave (wife Angie) Hallmark, James Hallmark, Barbara Hallmark all of Havana, Michael (wife Ania) Hallmark of Mt. Prospect, and Danny Hallmark of Havana; 14 grandchildren; six great grandchildren; two brothers William Otto of Havana and Rick Otto of Springfield; and five sisters Wanda Rouse of Havana, Karen (husband Jim) Dyas of Pleasant Plains, Mary Henderson of Morton, Doris Johnson of Havana, and Sheila Jones of Havana. She was preceded in death by her parents and five brothers Donald, Frank, James, Johnny, and Scotty Otto. Nancy attended Kilbourne Schools. Her family was her life. She raised her children and through the years enjoyed nothing more than being with her children, grandchildren, great grand children, and siblings. Cremation rites have been accorded. Private family services will be held. Colwell Memorial Home in Beardstown is in charge of arrangements. Condolences may be left online at www.colwellmemorialhome.com or on Facebook at Colwell Memorial Home.