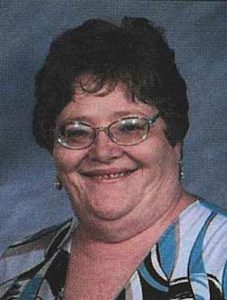 Cecile “Arlene” Morgan, age 73, of Canton, Illinois died on Tuesday, January 28, 2020 at 8:30 am at Graham Hospital in Canton. Arlene was born on February 18, 1946 in Springfield, the daughter of Cecil and Marilyn (Dick) Stone. She married James F. Morgan of Rushville on June 15, 1968 at the Christian Church in Chandlerville, Illinois. She graduated valedictorian from Chandlerville High School in 1964 and earned a bachelor’s degree in English from Monmouth College in 1968. She taught high school English in Plainfield before moving to Canton in 1974. After substitute teaching in the Canton schools, she became the Christian Education Director at Wesley United Methodist Church for over 25 years. She served on the board of directors for the Fulton County Habitat for Humanity and was currently serving as secretary of Love, Inc. in Canton, where she has volunteered for over twenty years. She was well known for her cooking and seamstress skills. She especially enjoyed making over 100 dozen Christmas cookies each year to share with family and friends and blessed many with her snazzy stitching for Knepp’s Apparel and the Canton community. She is survived by her husband, Jim, their daughter, Jalene Higginbotham of Springfield, and their son, Ash Morgan of Mountain View, California. They have three grandchildren, Morgan West, Quinn Higginbotham and Dawson Higginbotham, who also survive; as well as four brothers Terry (Carol) Stone, Rick (Verna) Stone, Scott (Vickie) Stone, and Steve Stone. Several nieces and nephews also survive. Preceding her in death were her parents, her twin brother, Gene Stone and her sister Nina (Cookie) Coughlin. Visitation will be held January 30 from 6 to 8 p.m. at Wesley United Methodist Church. A Celebration of Life service will be held at Wesley United Methodist Church on Friday, January 31, at 11 a.m., with visitation beginning at 10 a.m., also at Wesley. A luncheon wills the services. Cremation rites have been accorded with the Oaks-Hines Funeral Home and Crematory. Burial of ashes will be held at Greenwood Cemetery in Canton following the service. Memorials may be made to Wesley United Methodist Church or Love, Inc. To leave online condolences please visit oakshinesfuneralhome.com.