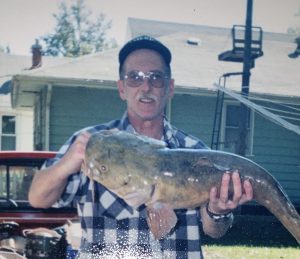 James “Jim” Evans, Sr., 68, of Lincoln passed away at his home on Thursday, January 9, 2020 at his home with his family by his side. He was born on August 7, 1951 in Peoria to Russell and Bessie (Wadley) Evans. Jim is survived by his long time partner, Martha Shumacher, five children: Paul Evans, Steve Simmons, Kelly (JR) Millard, Nathan Jessica) Evans, Jr., and Elizabeth Evans and eight grandchildren, Drake, Jessica, Breanna, KJ, Cody, Kathleen, Steven, and Kera; three brothers and one sister. He was preceded in death by his parents and two brothers. He served in the United States Army and retired as a prison guard after more than 30 years. Jim enjoyed anything outdoors, hunting, fishing, camping and gardening. Funeral Services will be held on Wednesday January 15 at 11 a.m. and visitation will be Tuesday January 14 from 5 to 7 p.m. at Cain-Hurley Funeral Home in Mason City. Memorial contributions may be made Lincoln Fire Department or Ambulance Service. Condolences can be left for the family at www.hurleyfh.com. Cain-Hurley Funeral Home in Mason City is in charge of the arrangements.