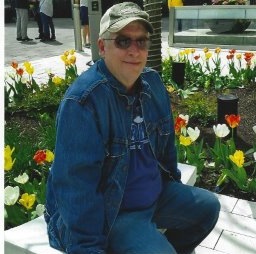 Scott L. Dailey, 58, of Colchester, formerly of Macomb and Lewistown passed away at 12:13 p.m. Friday, January 3, 2020 at his residence. He was born on September 23, 1961 in Canton to Raymond and Marie Wise Dailey. He married Jennifer Cale on October 28, 1995 in Macomb. She survives. Also surviving are his daughters, Mindy (Shaun) Hickle of Lewistown, Megan Kelly (Gary McIntire) of Lewistown and Misty (Zach) Ebey of Macomb; his mother, Marie (John) Gage of Colchester; two grandchildren, Chloe and Brooklyn Hickle of Lewistown; one brother, Mike (Sue) Dailey of Ipava; several nieces and nephews and his dog, Harley Quinn. He was preceded in death by his father, Raymond Dailey and his twin brother, Mark Dailey. He lived his early life in Lewistown before moving to Macomb and then Colchester in 1998. Scott first worked for Day & Palin grocery store in Lewistown for several years and then started working for EPH in Macomb as a plumber in 1989 until 2010. He then worked at Mosaic as a property manager until his retirement in 2016. Scott enjoyed spending time with his family especially his grandchildren and his dog. He enjoyed riding his dirt bikes, NASCAR and woodworking. Funeral services will be held at 10 a.m. Thursday, January 9 at the Maple Avenue Christian Church in Macomb with Reverend Donnie Case officiating. Visitation will be held from 5 to 7 p.m. Wednesday, January 8 at Clugston-Tibbitts Funeral Home in Macomb. Burial will be in Oak Hill Cemetery in Lewistown. Memorials may be made to Illinois Cancer Care or McDonough District Hospital Hospice. You may leave condolences and sign the guest book online at clugston-tibbittsfh.com.