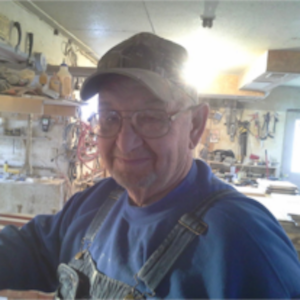 Ronald L. Shoemaker, 81, of Kilbourne, passed away at 2:50 p.m. on Tuesday, December 24, 2019, at Sunny Acres Home in Petersburg. He was born May 14, 1938, in White City, Mason County, to Leo and Twila (Showalter) Shoemaker. He married Beverly Friend on January 31, 1958, in Kilbourne. She preceded him in death on December 19, 2000. Mr. Shoemaker is survived by three children: Ronda (Steve) Brown, of Oakford, Gary (Susan) Shoemaker of Chandlerville, and Brenda (Brad) Wilkey of Kilbourne; seven grandchildren: Brett Brown, Heidi (Andrew) Hiser, Travis (Ashley) Shoemaker, Jordan (Marcus) Whitehead, Kayla Yocum, Tyler Wilkey and Jenna Wilkey; as well as twelve great-grandchildren: Karlie, Jaron, Alec, Laney, Jayceen, Ellie, Chandler, Huckleberry, Reed, Jax, John Henry and Annie. Also surviving is one brother, Larry (Sue) Shoemaker of Petersburg. He was preceded in death by his wife, parents and great-grandson, Hayden McGrew on January 21, 2005. Mr. Shoemaker was a lifelong Chicago Cubs fan. He was well known for his carpentry and woodworking abilities. He loved his family and never missed any of their activities, from musical concerts to athletic competitions. Some of his favorite times were when he was able to teach his grandchildren how to fish. Graveside services will be held at Kilbourne Cemetery on Tuesday, December 31, 2019, at 11 a.m. Rev. Brian Lesemann will officiate. A luncheon will be held at Kilbourne Fire House, immediately following the graveside services, starting around 11:30, where friends are encouraged to reminisce and share their favorite stories. Memorial contributions may be made to Kilbourne Fire Department. Online memorial messages may be left for the family at www.hurleyfh.com. Hurley Funeral Home in Havana is in charge of arrangements.