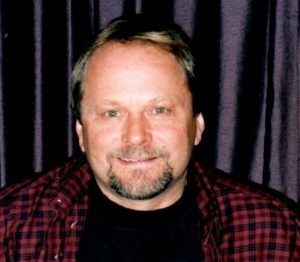 Jeffrey E. Harms, 59, of Manito passed away at 5:31 a.m.Wednesday, October 16, 2019 at Unity Point Methodist Hospital in Peoria. He was born November 30, 1959 in Pekin the son of James E. and Frances M. Caulkins. Surviving are one son Ryan E. Harms of Manito; his mother, Frances M. Harms of Forest City; two brothers, Chris Harms of Forest City and Scott Harms of Chicago; one sister, Linda (Steve) Miller of Manito. One infant brother Steven D. Harms preceded him in death. Jeff was a warehouse manager for Golden Harvest Seed in Cordova last working there in 2006. He later worked for Doug Clark as a farm hand in Forest City. He was a avid Chicago Bears fan and enjoyed Nascar racing. Jeff was also a member of the Forest City Community Church. Cremation rites will be accorded. Burial of cremains will be in Pleasant Hill Cemetery at a later date. Memorials in his honor may be directed to the Forman Ambulance Service in Manito. Maas-Hurley Funeral Home Manito is assisting the family with arrangements. Those wishing to send an online condolence to the family go to www.hurleyfh.com.