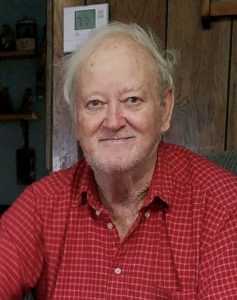 Billie Dean Griffie, 78, of Chandlerville, passed away at Renaissance Care Center in Canton, at 1:15 a.m. on Wednesday, October 16, 2019. He was born March 2, 1941, in Saidora, Mason County to John William and Alice Bernice (Pherigo) Griffie. He married Judy Ann Dawson, in Chandlerville, on December 31, 1960. Mr. Griffie is survived by his wife, Judy, of Chandlerville; two daughters: Deanne (Rick) Richardson and Angie (Tony) Haarman, both of Havana; seven grandchildren and four great-grandchildren. Also surviving is one brother, Jack Griffie of Chandlerville. He was preceded in death by his parents. Mr. Griffie was a member of Bethel Baptist Church, near Chandlerville. He worked as a meter reader for Menard Electric for many years. He served as Bath Township Commissioner for 36 years, from 1982 until retirement in 2018. Visitation will be held at Hurley Funeral Home in Havana on Friday, October 18 from 5 until 7 p.m. Funeral services will be held at 2 p.m. on Saturday, October 19, with an additional hour of visitation prior to the service at Hurley Funeral Home. Rev. Bill Boyce will officiate. Burial will follow the service at Bethel Cemetery in Bath. Memorial contributions may be made to the Griffie Family. Online memorial messages may be left for the family at www.hurleyfh.com. Hurley Funeral Home in Havana is in charge of arrangements.