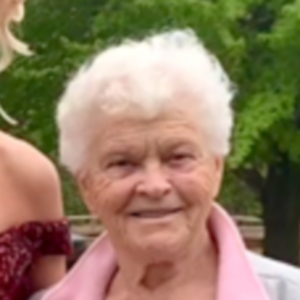 Sherrill Louise Fields, 77, of Burlington, Iowa, formerly of Havana, passed away at University of Iowa Hospital, in Iowa City, at 5:10 a.m. on Tuesday, August 20, 2019. She was born November 6, 1941, in Lewistown to Clyde and Stella (Derry) Guilliams. She married Donald Roy Fields on April 30, 1960 in Lewistown. He preceded her in death on January 21, 2013. Mrs. Fields is survived by three children: Greg (Patty) Fields of West Burlington, Iowa, Steve (Jacki) Fields of Peoria, and Stacy (Doug) Smith of Kilbourne; as well as eight grandchildren and ten great-grandchildren. Also surviving are two sisters: Rosalie Clifford and Marilie Whitman, both of Lewistown. She was preceded in death by her parents, husband, one sister-Annie Neteler, one brother- Donald Guilliams, daughter-Kim Reeps, granddaughter-Jennifer Hofman and great-granddaughter-Olivia. Mrs. Fields was a member of Kingdom Hall of Jehovah’s Witnesses. She was an avid gardener, raising plants and flowers all around her home. She retired as a cook at Mason District Hospital in Havana and later worked in the deli at County Market. Funeral services will be held at Hurley Funeral Home in Havana at 11 a.m. on Saturday, August 24 with visitation two hours prior to the services. Ken Ita and Stan Shaw will officiate. Following the service, cremation rites will be accorded and a private burial will be held at a later date. Memorial contributions may be made to the Alzheimer’s Association or Kingdom Hall. Online memorial messages may be left for the family at www.hurleyfh.com. Hurley Funeral Home in Havana is in charge of arrangements.