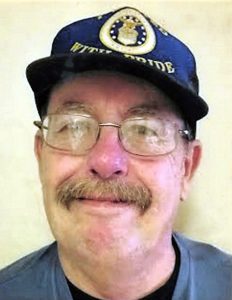 Thomas Jacob “Tom” Ginglen, 68, of Pekin, formerly of Lewistown, passed away at 6:35 a.m. Tuesday, August 6, 2019 at his home. Born December 22, 1950 in Canton to Clarence and Fannie (Corbin) Ginglen, he married Cassie Huff on April 13, 1979 in Lewistown. Tom is survived by one daughter, Kara (Larry Louton) Webster of Pekin; one son, C.J. Ginglen of Lewistown; three grandchildren, Kassandria, Joshua and Alex and one brother, Larry (Priscilla) Ginglen of Havana. He was preceded in death by his parents; one brother and one niece. Tom had served in the United States Air Force from 1969 until 1977 as a computer operator. He had worked in the shipping and receiving department for Illinois Machine & Tool in Pekin. Prior to that, he had worked for Caterpillar, Inc. An avid reader, Tom also enjoyed going to the library, watching game shows on television, especially Jeopardy and just sitting outside. He really loved spending time with his family and friends. The family would like to express their sincere gratitude to the staff at OSF Hospice for the wonderful and compassionate care provided to Tom and his family throughout the last several weeks. His memorial visitation will be from 10:30 until 11:30 a.m. Friday, August 16, 2019 at Preston-Hanley Funeral Homes & Crematory in Pekin. Inurnment of cremated remains will be at 2 p.m. Friday, August 16, 2019 at Camp Butler National Cemetery. Military rites will be accorded. In lieu of flowers, memorial donations may be made to the Lewistown Carnegie Public Library, 321 West Lincoln Avenue, Lewistown ,IL 61542. To express condolences online, visit www.preston-hanley.com