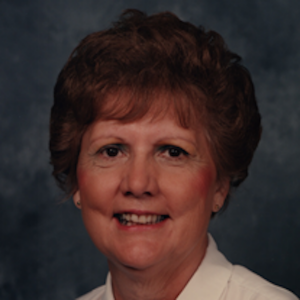 Josephine Runyon, 84, of Havana passed away at 11:20 p.m. on Monday, June 10, 2019 at the Loft in Canton. She was born on April 14, 1935 in rural Topeka to Perry and Emilia (Boyer) Tisdale. She married Donald Quinones who preceded her in death, and later Keith Runyon on June 3, 1989 at St. Barnabas Episcopal Church in Havana. Jo is survived by her husband; sons Don(Teresa) Quinones, Ron (Barb) Quinones, and Dan Quinones, all of Havana; step-children Kelly (Brian) Wallace of Loves Park, Illinois, Amy Runyon of Crystal Lake, Illinois, Polly Sanders of Rolling Meadows, Illinois, and Kip (CJ) Runyon of Waterloo, Illinois; 13 grandchildren; 3 great-grandchildren; and her beloved dog, Chewey. She is also survived by her sisters Judy Tisdale and June Gathman. She was preceded in death by her parents, husband, sister Joeann Rogers, and brother Perry Tisdale, Jr. Jo was a graduate of Forman High School. She was a long-time member of St. Barnabas Episcopal Church and was involved in the Episcopal Church Women and the Order of Daughters of the King. She was an excellent seamstress. Jo’s first job was in the office at Dana Inc. She later went back to college and received her LPN license from Spoon River College at the age of 64. She also worked as a gift shop buyer for Wolters Drug Store. A visitation will be held on Tuesday, June 25 from 5 p.m. to 7 p.m. at Hurley Funeral Home in Havana. A mass of Christian burial will be held on Wednesday, June 26 at 11 a.m. at St. Barnabas Episcopal Church in Havana. Fr. Newago will officiate. Graveside committal will be held at Laurel Hill Cemetery following the service. Memorial donations can be left in Jo’s name to St. Barnabas Episcopal Church. Online condolences can be left for the family at www.hurleyfh.com. Hurley Funeral Home in Havana is assisting with arrangements.