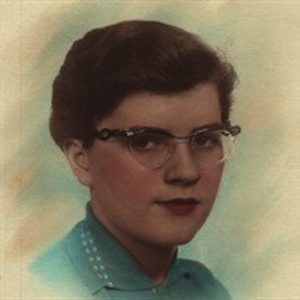 Marla Joyce Watts, 77, of Havana, passed away Tuesday, May 21, 2019 at 6:58 a.m. at Mason District Hospital. Marla was born October 12, 1941 in Havana, to Jean Figle and Essie Marie Taylor. She married Charles William “Bill” Watts on August 26, 1960 in Havana who survives. Marla is survived by her daughters, Terri (Denny) Fox of Bettendorf, IA and Penny (Don) Roch of Havana, sister, Brenda McKenzie of Mason City, five grandchildren and three great-grandchildren. She was preceded in death by her parents, daughter Lori, Brother Marvin Figle, Sister Edna Figle and half-sister Charlotte Finley. Marla was a member of the VFW Auxiliary. She also sold Avon and was a telephone operator. A visitation will be held Thursday, May 23 from 5 to 7 p.m. at Hurley Funeral Home in Havana. Funeral services will be held Friday, May 24 at 11 a.m. at Hurley Funeral Home in Havana. Rev. Bill Boyce will be officiating. Burial will be at Laurel Hill Cemetery. Memorial contributions can be made to the Havana Rural Fire Department. Online condolences can be left at www.hurleyfh.com. Hurley Funeral Home in Havana is assisting with arrangements.