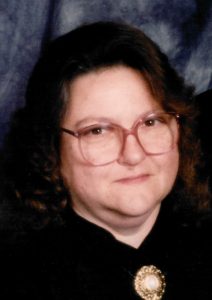 Ethel Mosher, 72, of Cuba, passed away at 9:10 AM on Wednesday, April 3, 2019 at her residence. She was born on January 3, 1947 in Canton to Robert and Melba (Hukill) Markley. She married Russell “Pete” Mosher on March 24, 1978, he survives. Also surviving is her mother, Melba; two children, Teresa Mosher of Des Moines, IA and Allen Mosher of Kansas City, MO; three grandchildren; four great-grandchildren; one brother, James Markley of Cuba; and five sisters, Pam Hedden of Ellisville, Sharon Trone of Canton, Roberta Sarff of Havana, Branda Suydan of Smithfield, and Judith English of Cuba. Ethel was preceded in death by her father and two brothers, Dan and John Markley. Ethel retired from Caterpillar. She was a member of the Cuba American Legion Post 533 Auxiliary and the VFW Auxiliary. Cremation rites will be accorded with Sedgwick Funeral Homes & Crematory in Canton, IL. Memorials can be made to Cass-Putman Rescue Squad or Cuba American Legion Post 533 Auxiliary. To make online condolences you may go to www.sedgwickfuneralhomes.com