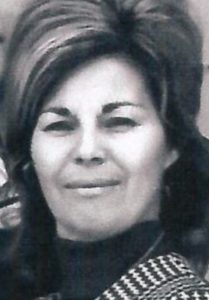 Sandra Lou Till, 84, of Canton, passed away at 7:33 a.m. on Wednesday, January 23, 2019 at Renaissance Care Center. She was born on August 7, 1934 in Holland, MO to Claude and Beatrice (Cooper) Heathcock. She married Farrell Till in 1953, he preceded her in death on October 3, 2012. Sandra was also preceded in death by her parents and one brother, Mike Heathcock; brother-in-law, Tom Reeves; sister-in-law, Sue Till; nieces, Kathy Roth, Kerri Simone, Laurie Till and her nine dachshunds, Fritzi, Tuffy, Fritzi, Doc, Jiggs, Beanie, Kristi, Fergie, and Tuffy all that she loved very much. Surviving are three children, Roger (Becky) Till of Lewistown, Vic Till of Canton, and Kelly Till of Los Angeles, CA; sisters, Beverly Reeves, Shirley (Jim) Hunk, Lana Ekiss, and Stephanie (Chuck) Hammond; sister-in-law, Phyllis Gamble; brother-in-law, Verlon Till; seven nieces; six nephews; three grandchildren, and four great-grandchildren. Sandra graduated from Southeast, Mo Teachers College and Freed-Hardeman University. She worked as a health and physical education teacher in Canton from 1966-1974 and later worked at the Fulton County Rehabilitation for several years. She was a member of Illinois Teacher Association and volunteered at Graham Hospital. A visitation will be held from 4 to 6 p.m. on Friday, February 1 at Sedgwick Funeral Homes & Crematory in Canton. Cremation rites will be accorded following the visitation. Burial of ashes will be held at a later date at Wardell Memorial Cemetery in Missouri. Memorials can be made to the Fulton County Humane Society. To view Sandra’s DVD or to make online condolences you may go to www.sedgwickfuneralhomes.com