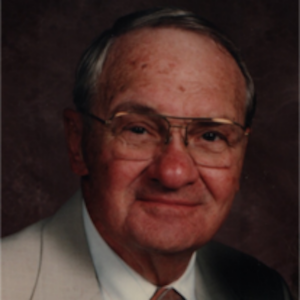 Eldon H. Schierbeck, age 95 of Havana, passed way at 6:15 a.m. on Saturday, December 29, 2018 at Freeman Hospital in Joplin, Missouri. He was born on January 13, 1923 in Topeka, the son of Henry and Anna (Bubert) Schierbeck. He married June Fletcher on April 21, 1946 in Havana. She passed away on January 14, 2012. Eldon is survived by one son, Louis (Diana Reno) of Oronogo, Missouri; one granddaughter, Sherry (Dan) Supan of Gilbert, Arizona; one great grandson, Isaiah Supan also of Gilbert; one niece, Judy Connolly of Shoreline, Washington; and one nephew, Mark (Arlene) Connolly of Grand Junction, Colorado. He was preceded in death by his parents; his wife of 65 years; his younger son, Eldon Schierbeck, Jr.; and two brothers, Harold Schierbeck of Topeka and Nelson Schierbeck of Scottsdale, Arizona. Eldon served 3 years in the United States Army during World War II in the European Theater and received the Bronze Star. He, along with his wife, June, was the founder and owner of the Schierbeck Insurance Agency beginning in 1959. He was active in many local community organizations including being a life-time member of the Havana VFW Post #6408; past County Committeeman for the Illinois Independent Agents; past president of the Rockwell PTA; past president of the Havana Chamber of Commerce; past president of Illinois Valley Shrine Club; former deacon of the First Baptist Church and a member for 79 years; and past president of the Matanza Beach Home Owners Association. Eldon was a member of Havana Masonic Lodge #88 for over 50 years. Services will be held on Saturday, January 5, at 11 a.m. at the First Baptist Church in Havana. Pastor Daniel Swihart will officiate. Visitation will be held on Friday, January 4, from 5:30 to 7 p.m. at the Hurley Funeral Home in Havana. Masonic services will be held on Friday evening at 5 p.m. at the funeral home provided by the Havana Masonic Lodge #88. Interment will follow the funeral services in the Laurel Hill Cemetery in Havana. Memorials may be made to the First Baptist Church in Havana. Online memorial messages may be left for the family at www.hurleyfh.com. Hurley Funeral Home in Havana is in charge of arrangements.