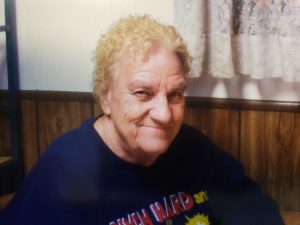 Shirley Louise Morris, 76, of Kilbourne passed away on Thursday, November 29, 2018 at 9:36 a.m. at Mason District Hospital in Havana. She was born on May 13, 1942 in Mason County to Raymond and Blanche (Hobbs) Goben. She married Robert Morris on June 18, 1965 in Havana. Shirley is survived by her husband, daughters Melody (Lloyd Hughes) Morris of Havana and Patty Morris of Springfield, four grandchildren, and four great-grandchildren. She is also survived by her brother Raymond Goben Jr of Beardstown and sisters Dorothy Turnell of Pekin and Linda (Pat) Little of Albion. She was preceded in death by her parents and sisters Carol Hall, Laura Hoffman, and Bernita Nunn. Shirley was a member of the Kilbourne Baptist Church. She was a bus driver and bus barn manager for Balyki and Havana schools until her retirement in 2012. A visitation will be held on Monday, December 3 at Hurley Funeral Home in Havana from 5 p.m. to 7 p.m. Funeral services will be held on Tuesday, December 4 at 10 a.m. also at Hurley Funeral Home. Burial will be held at Laurel Hill Cemetery in Havana. Memorials can be left in Shirley’s name to the Susan G. Komen Foundation. Online condolences can be left for the family at www.hurleyfh.com. Hurley Funeral Home in Havana is in charge of arrangements.