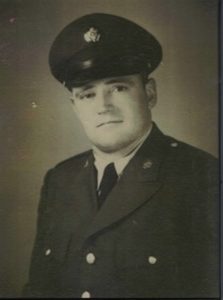 Arnold W. Hill, age 81 of Nebraska City, NE (formerly Otoe, NE) passed away on Monday, October 22, 2018 at his home. Arnold was born on August 2, 1937 in Kilbourne, IL; the son of Orville and Ethel (Witherall) Hill. He joined the United States Army on March 18, 1963. He proudly served his country until his honorable discharged on March 17, 1969. He was united in marriage to Barbara Fletcher on December 28, 1958 in Chicago and then later married Beverly Fortney in 1967 in Hiawatha, KS. Both Barbara and Beverly preceded him in death. He worked at Martin Marietta in Weeping Water. He worked there for some 38 years, before retiring in 2000. Arnold was a member of the Eagles and the American Legion both in Nebraska City. He was an avid fisherman. He is survived by his children: Vickie Stage (Richard) of Dunfermline, Ricky Hill of Waverly, NE, Linda Rife (Bill) of Pekin, Danny Hill of Plattsmouth, NE, Amanda Steadman (Bill) of Grand Rapids, MI, Edward Hill of Allegan, MI, step-daughter Tammy Wicklander of O’Dell, NE, 14 grandchildren including locally Joe Thomasson of Nebr. City, five great-grandchildren, four step-grandchildren, companion/soul mate Yvonne Grable of Nebr. City, NE and her children and grandchildren: Debbie Casey of Omaha, NE, Doris Staack (John) of Avoca, NE, Donald Grable (Dorothy) of New Zealand and John Grable (Kristina) of California, eight grandchildren and five great-grandchildren; other family and friends. Arnold was preceded in death by his parents, his wives, Barbara and Beverly, one sister and six brothers. Graveside service will be Saturday November 17 at 1 p.m. in Kilbourne on the family plot.