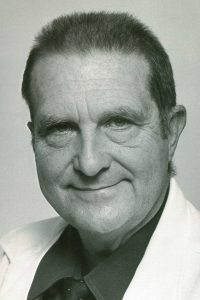 Robert J. Wilcoxen, age 96, of Peoria, passed away at 4:51 a.m. on Tuesday, September 11, 2018 at Liberty Village. Born January 27, 1922 in Lewiston he was a son to the late Jerry and Leila Frances Long Wilcoxen. He married Shirley (Bendict) Wilcoxen. She preceded him in death in 2016. Robb honorably served as a staff sergeant in the United States Army during WWII with campaigns in New Guinea, Luzon, and South Philippines where he was awarded three bronze stars and a good conduct medal. Robb worked for Methodist Hospital for 38 years as a Radiology Tech retiring in 1987 as Chief Radiology Tech. While at Methodist he was named employee of the year in 1986 and was gifted a trip to Hawaii. After retirement he went to work for Eureka Hospital where he worked for over 18 years until 2005. He truly had a love and respect for nature, whether it was gardening from the time the ground was tillable until the time it was frozen, or simply basking in the sun. Above all Robb’s greatest love was spending time with his family who loved him and will deeply miss him. Survivors include 10 children: Gayle M. (Bruce) Barrington of Lighthouse Point, FL., Cheryl (Ron) Kinczyk of Glen Ellyn, Jerey (Ed) Baker of Bluffton, Tim (Donna) Wilcoxen of Benson, Faythe (Dr. Ron) Hake of Morton, Joel (Anjanie) Wilcoxen of Downers Grove, Matt (Debbie) Wilcoxen of Carol Stream, Hope (Harry) Lemke of Oconomowoc, WI., David (Lillian) Wilcoxen of Champaign,, and Angela Wilcoxen of Morton; 29 grandchildren and 33 great-grandchildren. Robb was preceded in death by his parents, wife Shirley Wilcoxen, and sister Betty Spreen. Visitation will be held on Thursday, September 27 between the hours of 4 till 7 p.m. at Wright & Salmon Mortuary. Funeral services will be held on Friday, September 28 at 11 a.m. at Mt. Calvary Lutheran Church with Pastor Barry Long officiating. A private burial with full military honors will take place on Saturday, September 29. Memorials in Robb’s memory may be made to Concordia Lutheran School. Friends and family may sign the online guestbook or send private condolences by logging onto www.wrightandsalmon.com