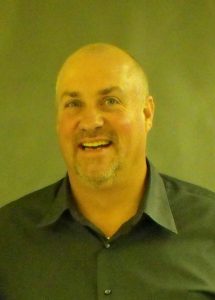 Jim Ryder (formerly of Havana), passed away September 7, 2018 at his residence in St. Louis, Missouri. James Patrick Ryder was born on March 16, 1963 at St. Mary’s Hospital (in Belleville) to Roy and Virginia Ryder who lived in Cahokiaat the time. They then lived in Arnold, MO until 1973 when the family moved to Havana. He attended Havana High School. He later moved back to Missouri where he served as a Volunteer Firefighter in Boone County for quite some time. For a while he also lived in Denver, Colorado, before moving back to Missouri. Jim loved his time in the Volunteer Fire Service and worked full time as a maintenance manager at a number of apartment buildings, hotels and resorts over the years, including Mansion House in St. Louis. When he wasn’t doing maintenance work or putting out fires, he enjoyed spending time with his dogs and his friends. Jim was proceeded in death by his grandparents Otis and Hilda Chrisco and T.S. and Mary Ryder (all of St. Louis, MO), his father, Roy Ryder of Havana; uncles Ralph “Bud” Ryder, Richard Ryder, Otis Chrisco Jr., Lu Switzer and aunts Betty Switzer and Mary Chrisco (all of St. Louis, MO). He leaves behind his mother, Virginia Ryder, of Havana; three siblings Joe (Sandy) and Jeannie of Missouri, and Julie (Douglas) Richardson of Havana; three nephews, a great niece and several cousins. A memorial Mass will be held at St. Barnabas in Havana at a future date. Cards may be sent to Virginia Ryder and the Ryder family at 18029 ECR 1700 N, Havana. In lieu of flowers, donations may be made to his mom to assist with expenses. Chulick Funeral Home in St. Louis, MO will oversee his cremation.