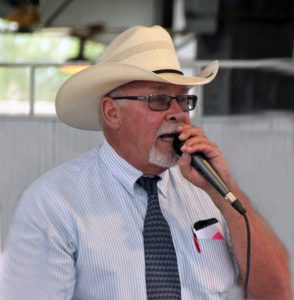 Curtis A. Overcash, 66, formerly of Canton and Dixon, passed away Sunday August 26, 2018 at his home in Ottawa. He was born on April 15, 1952, in Canton, to George W. and RosaLee (Harris) Overcash. Surviving are his mother, two children, Camille M. Overcash, of Bloomington, Cameron W. Overcash, of Des Moines, Iowa, one brother Larry (Susan) Overcash, of East Peoria, five sisters, Terry (John) Lowe, of Farmington, Gloria (John) Davis, of Canton, Brenda (John) Baylor, of Cuba, Laura (Richard) Sharpshair, of Canton, Karla Hulvey, of Canton and many nieces, nephews and cousins. He is preceded in death by his father, George. Curtis graduated from Farmington High School in 1970. He then graduated from Spoon River College in 1972 and later from the University of Illinois in Agriculture Education and was a member of the Farm House Fraternity. He began his career as an agriculture teacher at Princeville High School. He started as a salesman for FS, and grew within the company through multiple transitions, reaching the level of Credit Manager. Together with Greg Deakin he founded a national purebred sheep magazine called “The Suffolk Banner” in 1978. He was a graduate of the Kenneth Gregg School of Auctioneering in Texas. He was an active partner and auctioneer for Heartland Livestock Services at purebred sheep auctions throughout the country. He retired from GRAINCO FS Inc. in January of 2018 to a full time job of farming and auctioneering. Curtis was baptized in the Fairview Reformed Church and was a faithful Christian. Throughout his life, Curt remained faithful to his agricultural roots. He enjoyed participation in 4-H, FFA, charity auctions including the Friendship Festival livestock auctions, and he was a longtime MC at the Fulton County Fair. He will be remembered for his engaging personality, his keen sense of humor and his rolling chuckle that lit up the room. He felt blessed and honored to farm alongside his dad, but most of all Curt cherished his children. A visitation will be held on Thursday, August 30 from 4 to 7 p.m. at the Oaks-Hines Funeral Home in Canton with a funeral service on Friday, August 31, 2018 at 11 a.m. at the funeral home. Burial will be at the Foster Cemetery in rural Fairview. Memorials may be made to the University of Illinois Farm House Fraternity Foundation or Farmington High School FFA. To view Curtis’ tribute video or to leave online condolences, please visit www.oakshinesfuneralhome.com.