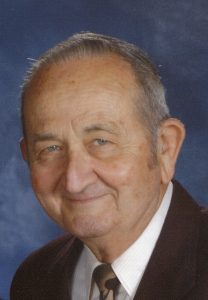 Jerald W. Coots, 80, of Morton, formerly of Havana, passed away Friday, August 24, 2018, at OSF St. Francis Medical Center in Peoria due to complications related to a long battle with myelodysplastic syndrome. Jerry was born December 14, 1937, in Havana to Ed and L. Harriett (Bell) Coots. He married Linda Patterson and later married Janet Eidson on June 29, 1991, in Morton. He is survived by his wife, six children, Christopher (Jill) Coots of Phoenix, Ariz., Bradley (Carmen) Coots of Sioux Falls, S.D., Janelle (Russell) Ferrell of League City, Texas, Tressa (Jeff) Schumacher of Washington, Troy (Robin) Eidson of Port Orange, Fla., Angie (Bret) Markum of Edwards; six grandchildren, Callum and Georgia Coots, Sage, Sterling and Willow Ferrell, and Mallory Schumacher; and three brothers, Robert (Joan) Coots of Chesterfield, Mo., Dick (Debbie) Coots of Lake Wales, Fla., and Donald Coots of Canton. He was preceded in death by his parents. Jerry was raised in Havana and graduated from Havana High School in 1955. He earned degrees in both business and accounting before obtaining his certified public accountant certificate in 1967. He began his accounting career working at Clifton Gunderson prior to opening his private practice in Morton in 1973. He later merged that practice with Ginoli and Co. in 1982, where he remained a partner until semi-retiring in 2002. He continued to practice part-time in association with Richard Renner until retiring completely in 2015. He was also a longtime, former member of the Morton Rotary Club. Jerry loved to golf and enjoyed his membership at the Pekin Country Club for more than forty years. He also enjoyed fishing, hunting, and traveling, but his greatest pleasure was time spent with family and his dog, Ginger. A visitation will be held Wednesday, August 29 from 5 to 7 p.m., at Knapp-Johnson Funeral Home and Cremation Center in Morton. A funeral service will be held at 10 a.m. Thursday, August 30, with visitation from 9 to 9:45 a.m., at Havana First United Methodist Church in Havana with Pastor Jame Hahs officiating. Burial will be held at Laurel Hills Cemetery in Havana. In lieu of flowers, memorials may be made to St. Jude or the Leukemia and Lymphoma Society. To view Jerry’s video tribute or to leave an online condolence for the family, visit www.knappjohnson.com.