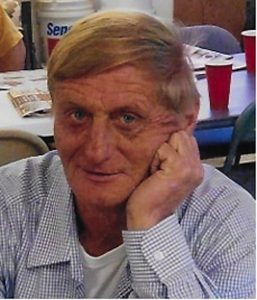 Gary G. Whitman, 64, of rural Lewistown, passed away at 8:29 a.m. Monday August 20, 2018 at Graham Hospital Emergency Room. He was born June 17, 1954 at Canton, the son of Harold Leslie and Marilie (Guilliams) Whitman. He married Sandra Ulrich on May 11, 1974 at Peoria. She survives along with his mother, Mary Whitman of rural Lewistown, one son, Jeremy (Toni) Whitman of Metamora, one daughter, Amy Whitman of Peoria, three grandchildren, Kenzie, Jace, and Nash, two brothers, Larry (Tyrrell) Whitman of Lewistown, and Randy (Carla) Whitman of Peoria, one sister-in-law, Judy Whitman of Canton, his mother-in-law, Josephine Ulrich of Peoria, and several nieces and nephews. He was preceded in death by his father, one son, Matthew Whitman, and one brother, Clyde “Bill” Whitman. Gary retired from the Fulton County Highway Department. He was a member of St. Mary’s Catholic Church in Lewistown. He was a supporter of St Jude and the Cancer Society, and was an avid Cubs and Bears fan. He enjoyed farming, fishing, and ice cream, but most of all, he enjoyed spoiling and being with his grandchildren. Gary was a do it yourself repair man who always said he could fix anything except the crack of dawn and a broken heart. He was affectionately known for his kind heart, impeccable sense of humor, quick wit, and famous one-liners. Gary didn’t know a stranger and was loved by everyone that knew him. Services will be held at 11 a.m.. Saturday at Henry-Lange Memorial Home in Lewistown, where visitation will be held Friday from 5 to 7 p.m. Burial will be at Oak Hill Cemetery in Lewistown. In lieu of flowers, memorial contributions may be made to the St. Jude Children’s Hospital or the American Cancer Society. To view Gary’s life tribute video or to send condolences visit henrylange.com Memorial contributions may be made to the Gary Whitman Memorial Fund C/O Havana National Bank or St Jude or the American Cancer Society. He was preceded in death by his father, one son, Matthew Whitman, one brother, Clyde “Bill” Whitman, and his father in law, Louie Ulrich.