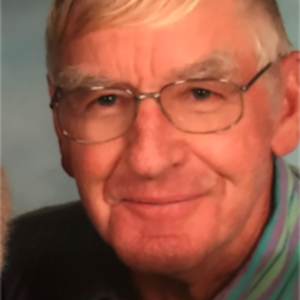 Robert “Bob” Ringhouse, 82, of Easton passed away on Thursday, May 17, 2018 at 4:25 a.m. at OSF St. Francis in Peoria. He was born in Biggs on January 6, 1936 to Eugene Charles Ringhouse and Alvena Marie Katherine Koke. He married Carolyn Morris on August 20, 1960 at St. Mary’s Church in Canton. Mr. Ringhouse is survived by his wife and children: Mark (Betty) Ringhouse of Maple Park, Lori (Jim) Sorg of Dallas, Texas, Todd (Corinne) Ringhouse of New Braunfels, Texas, and Lisa (Gary) Affolter of Groveland. He is also survived by his four grandchildren: Zach, Tyler, Ryan, and A.J., one great-grandson Brayden, sisters Bernice Hall of Pekin and Mary Ann See of Chillicothe, and brother Kenneth (Sandy) Ringhouse of Easton. He was preceded in death by his parents. Mr. Ringhouse joined the Army in 1958. While stationed in Germany he was a forward observer. He worked as a farmer for many years. He was also a member of the Mason County Zoning Board and Easton School Board and served as Sherman Township Supervisor. Bob was an avid fisherman and outdoorsman. Fish trembled when they heard his name. Bob kept it simple with the five “F’s”, family, friends, farming, fishing, and the foam on a cold beer A visitation will be held on Monday, May 21 from 5 p.m. to 7 p.m. at Hurley Funeral Home in Havana. Funeral services will be held on Tuesday, May 22 at 10 a.m., also at Hurley Funeral Home in Havana. Rev. Tim Lindsay will officiate. Interment will follow at Easton Cemetery. Memorial donations can be left in Robert’s name to Pheasants Forever or Children’s Advocacy Center. Online condolences may be left for the family at www.hurleyfh.com. Hurley Funeral Home in Havana is in charge of the arrangements.