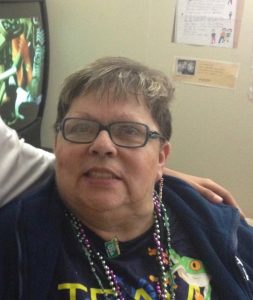 Paulette Bell was born Nov. 23, 1947 and passed away April 4, 2018. Paulette was born to Eugene and Nora Lescarbeau. She married Gerald Bell, who preceded her in death on Nov. 24, 1990. Paulette is survived by two sons, Robert (Valerie) Bell of Kilbourne, Gerald “Bill” Bell of St. Louis, MO, and a daughter Rebecca (Craig Williams) Bell of St. Louis, MO. She has three granddaughters, Brittanie (Trey) Reneau, Tiffanie (Adam Oatman) Bell, and Whittanie (Chandler Daughtry) Bell, and one grandson Dominique Williams. She also has two great grandsons, Bryson Bell and Brantley Reneau. She has one step great grandson, Landon Oatman. She is also survived by her sisters Mary Lou, Shelley, Victoria, Chris, and Teresa and a brother Dan. She was preceded in death by her husband, parents and a daughter Missy. Paulette was a big Cardinals fan, enjoyed spending time with family, and was always laughing and joking. She and Jerry lived and raised their kids in Havana until a couple years after his passing, when she moved to St. Louis to be near her family. Graveside services were held at 2:30 p.m. on Saturday, April 7, 2018, at Laurel Hill Cemetery in Havana. Hurley Funeral Home in Havana was in charge of arrangements.