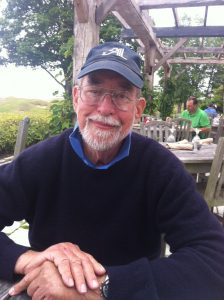 “Dick” Kessen passed away March 30, 2018, after a long illness. Born December 14, 1934, in Havana, Illinois, he was preceded in death by his father, Robert Kessen, mother, Margaret Meyer Kessen and sister, Janet Kessen Morehead. He is survived by his devoted partner and best friend, Ann M. Bromley of Chicago, and many dear friends. A longtime sailor and resident of Chicago, in 1976, he founded Marine Survey and Adjustment, and was a respected and accomplished Marine Surveyor until the time of his illness. Services will be held at Hurley Funeral Home in Havana on Tuesday, April 3, at 2 p.m. with visitation one hour prior to the services. Fr. Michael Newago will officiate. Burial will follow the services at Laurel Hill Cemetery in Havana. A Celebration of Life will be held in Chicago at a later date.