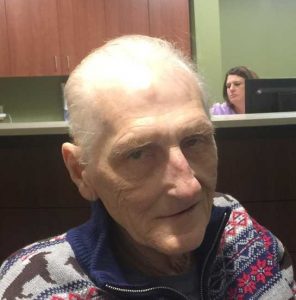 Glenn Bennett Hough, 68, of Havana, passed away December 17. He was born July 15, 1949, in Canton,to Louis and Charlotte (née: Hadsall) Hough. Glenn graduated From Lewistown High school in 1968. He entered the Navy in 1969 to 1970 during the Vietnam War. He was stationed in Hawaii. After returning from the Navy, Glenn worked at Caterpillar and International Harvester, and later retired from Kifco. He was a member of the Waterford Union Church. Glenn grew up helping his great- grandmother, Edith on her farm raising cows and chickens. He loved listening to Johnny Cash and he had a love for springer spaniel dogs. Glenn had many friends he met through the years. Glenn married Priscilla (née: Spilker) Hough on February 27, 1977, she survives. Also surviving are four children, James Hough of Peoria, Steven Hough of Havana, Julie Hough Wade of St. Charles, MO and Ryan Hough of Liverpool, Brothers Doyle (Paula) Hough and Richard (Brenda) Hough of Lewistown, sisters Roberta Hough Talkiff and Beverly (Michael) Hough Clayton both of Oklahoma City, OK, four granddaughters, Emmaline, Madeline and Karli Hough of Canton and Karsin Mibbs of St. Charles, MO, his springer spaniel dog Jack, brother in law & sister in law Alvin & Lorenda Spilker of Lewistown, mother in law Margaret Spilker of Havana, several aunts, uncles, nieces, nephews and cousins. He was preceded in death by his parents, grandparents, father in law Alvin Spilker and one brother Mark (Edward) Hough. Cremation rites accorded. A service will be held at Waterford Union Cemetery at a later date. A celebration of life will be held Friday, December 22 at the Lewistown VFW at 4 p.m.. Family and friends are welcome. Online condolences may be shared with the family at eastlawn-bloomington.com.