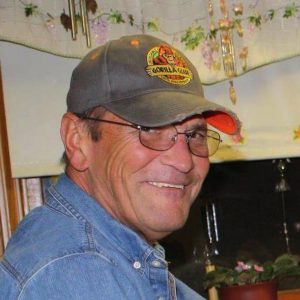 Jeffery S. Hadsall, 61, of Lewistown, passed away at 6:04 p.m. on Tuesday, December 12 at Graham Hospital. He was born April 26, 1956 at Canton, the son of Doyle L. and Verna L. (Arnett) Hadsall. He married Kathryn Chipman on April 1, 2013 at Lewistown. She survives with one daughter, Amy (Tim) Bays of Sessor, three step sons, Douglas (Le-Nette) Tindall, Roger Tindall, and Kevin (Amanda) Tindall, all of Lewistown; eight grandchildren, Kylee Hadsall, Randi Jo Bays, Bailey Tindall, Haydyn Tindall, Halle Tindall, Hannah Tindall, Cade Tindall, and Isabelle Tindall; one sister, Tresa Wilcox of Lewistown; and numerous nieces, nephews, aunts, uncles, and cousins. He was preceded in death by his parents, one son, Joseph Hadsall, one brother, Doyle, and a twin brother, Joseph. Jeff retired from Alexander Lumber in Canton, and later worked as a school crossing guard for the City of Lewistown. He was a member of the Alligators Club and enjoyed playing shuffle board, playing pitch, and watching St. Louis Cardinals baseball. He will always be remembered for having a can of PBR in his hand. Services will be held at 2:00 p.m. Sunday, December 17 at Henry-Lange Memorial Home in Lewistown, where visitation will be held from 12 to 2 p.m. Burial is in Waterford Cemetery. Memorial contributions may be made to the family or Lewistown VFW Post 5001. A meal will be served at the Lewistown VFW following the services. To view Jeff’s life tribute video or to send condolences visit henrylange.com.