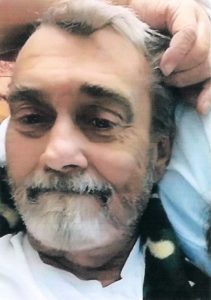 Ira N. Barner, 76, of Havana, passed away at 7:20 p.m. on Monday, December 11, 2017 at Renaissance Care Center in Canton surrounded by his children, grandchildren, and his soul mate. He was born on May 10, 1941 in Pekin to Ira and Ruth (Greiser) Barner. He married Connie Zeltner on January 11, 1979 in Havana, she preceded him in death. Also preceding him in death were his parents, daughter, Elaine Barner, and one brother. Surviving is his soul mate, Deborah Boyd; eight children, Ira Dean (Earlene) Barner of Washburn, David (Lisa) Barner of MO, Shelby (Mary) Thompson of Bath, Chadwick Barner of Joliet, Angie (Bill) Preston of Peoria, Shannon Lynn of Havana, Clinton (Amber) Barner of Havana, and Taunja (Chris) Leithoff of Havana; 17 grandchildren; several great-grandchildren; one brother, Albert Barner of Camp Point; and two sisters, Mary Graber of Pekin and Addie Fisher of Pekin. Ira retired from Texco Truck Driving. He was of the Baptist faith. Ira enjoyed hunting and fishing, but most of all being with his family. He was a member of the Sportsman’s Club. Per his request, there will be no services. Cremation rites will be accorded with Sedgwick Funeral Homes & Crematory in Canton. Memorials can be made to OSF Children Hospital of Mid-Illinois. To make online condolences you may go to www.sedgwickfuneralhomes.com