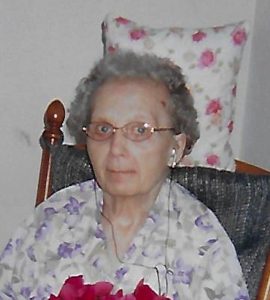 Wilma E. Little, 87, of Canton, passed away at 8:10 p.m. Wednesday November 29, 2017 at Graham Hospital Extended Care. She was born May 2, 1930 at Canton, the daughter of Lee and Letha Mae (Henderson) Little. Survivors include two sisters, Maxine Ford of Smithfield, and Dorothy Burnett of Canton, and several nieces and nephews. She was preceded in death by her parents, and one infant brother. Wilma worked at FCRC before retiring. Services were held at 11 a.m. Saturday, December 2, 2017 at Henry-Lange Memorial Home in Cuba with Reverend Bruce Rushing officiating. Visitation was held one hour prior to services. Burial was in Howard Cemetery at rural Smithfield. In lieu of flowers, memorial contributions may be made to Graham Hospital Extended Care. Condolences may be made at henrylange.com.