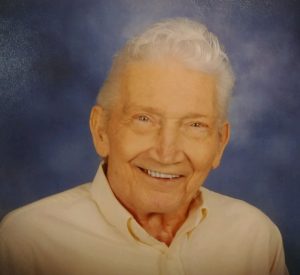 Robert Jackson Sarff, 82, of Havana, passed away on November 28, 2017 at his home. Robert was born March 14, 1935, in Havana Twp., to Jackson and Evelyn (Force) Sarff. He married Helen Keith at First Methodist Church in Havana on June 18, 1955. Robert is survived by his wife; one sister: Joann (John) Lynn, of Havana; three children: Brad (Karen) Sarff of Loveland, CO, Jeff (Pam) Sarff of Peoria, Melanie (James) Daniels of Austin, TX; six grandchildren; one step-granddaughter; sixteen great-grandchildren; four step-great-grandchildren; one step-great-great-granddaughter as well as special nieces and nephews. He was preceded in death by his parents, one sister and one brother-in-law, Norma and Virgil Clinebell. Robert was a member of First United Methodist Church in Havana, where he had previously served as Trustee. He was a volunteer firefighter for Havana Rural Fire Department for ten years and was a member of Havana Jaycees. Robert was a builder and remodeling contractor for more than forty years. A memorial service will be held at his church at 3:00 p.m on Friday, December 1, 2017 with visitation one hour prior to the service. Rev. Jame Hahs will officiate. Cremation rites have been accorded and burial will be held at a later date at Laurel Hill Cemetery in Havana. Memorial contributions may be made to his church, Mason District Hospital or A.R.K in Lacon, IL. Online memorial messages may be left for his family at www.hurleyfh.com. Hurley Funeral Home in Havana is in charge of arrangements.