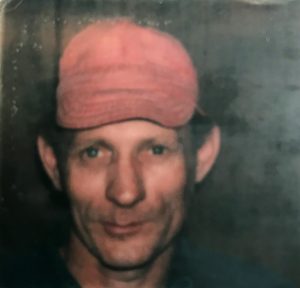 Joe Gibson, 73, of Havana passed away on Monday, November 27, 2017 at his home. He was born on February 1, 1944 in Pineville, KY to Frank and Dorothy (Reynolds) Gibson. He married Terry (Brown) Gumm on November 4, 1989 in Tazwell County, IL. Joe is survived by his wife, Terry; 5 daughters Carolyn Monteverde of Naples, Florida, Lisa Gibson of Fountain, Colorado, Amber (Kevin) Spinks of Fountain, Colorado, Mikki Sibenthal of East Peoria, and Jody Aquilar of East Peoria. He is also survived by his siblings Glen (Connie) Gibson of Truckee, Nevada, Brenda Gibson of California, Shirley Gibson of Tennessee, and Darrell (Elaine) Gibson of Livermore, California; 20 grandchildren and 16 great-grandchildren. He was preceded in death by his brothers Estill Gibson, Jerry Gibson, Jesse Gibson, Carl Gibson and Arnold Gibson; step-son Terry Gumm; and grandson Justin Sibenthal. Joe graduated from Lincoln College as a certified Landscape Horticulturist. He retired as a welder in 2005 after 42 years working for Boilermaker Local #60. Joe was also co-owner of Gibson Tree Service with his brother Carl from 1964-1993. A funeral service will be held on Friday, December 1, 2017 at 11:00 a.m. with a visitation prior to the service from 10:00 to 11:00 a.m. Burial will follow at Laurel Hill Cemetery. Memorial contributions may be made to the family. Online condolences may be made to the family at www.hurleyfh.com