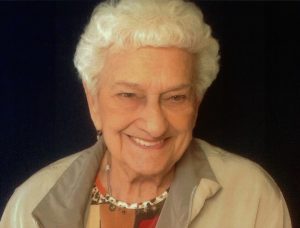 Kathleen Skaggs Mowder, 93, of Havana, passed away at 12:07 p.m. on Monday, November 20, 2017. She was born April 1, 1924, to Lloyd and Alice (Leonard) Ashurst. She married Robert L. Skaggs on June 15, 1942. He preceded her in death April 16, 1991. She later married Bud Mowder in 1993, and he preceded her in death in 2005. Mrs. Mowder is survived by one son: Dennis (Kris) Skaggs, of Havana, one daughter: Wendy (Leonard) Barnard of Canton, son-in-law, Marshall Markley of Havana, eight grandchildren and thirty-three great-grandchildren. She was preceded in death by her parents, husbands, son, Donald Skaggs and daughter, Terry Markley. Mrs. Mowder was a member of the First United Methodist Church in Havana. She had previously been active in the 1st Baptist Church of Havana for 18 years, where she served as church Treasurer for 12 years and Sunday School Teacher for 6 years. She retired from the State Bank in Havana after 27 years and worked at Lakewood Supper Club for four years. Funeral services will be held at the First United Methodist Church of Havana on Saturday, November 25, 2017 at 11:00 a.m. with visitation from 10:00 until 11:00 a.m., prior to the services. Burial will follow the services at Laurel Hill Cemetery in Havana. Rev. Jame Hahs will officiate. There will be a funeral luncheon at the church, following the graveside service. Memorial contributions may be made to the First United Methodist Church. Online memorial messages may be left for the family at www.hurleyfh.com. Hurley Funeral Home in Havana is in charge of arrangements.