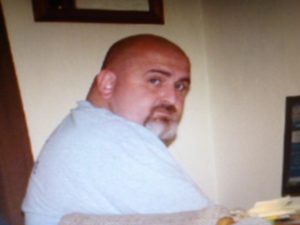 Donald D.J. West, 45, passed away on Monday, October 2, 2017, at the Unity Point Methodist Hospital in Peoria. He was born on July 16, 1972, in Canton, to James “Jim” and Darlene (Mathis) West. They preceded him in death along with his daughter, Katelyn West and a brother, Jim West. Surviving are his children, Kody West, Austin West, Hunter West, brothers, Billy (Evelyn) west of St. David, Randy West of Lincoln, sisters, Sheila Gray of Lewistown, Sherry (Dennis) Freesmeyer of Winchester and grandchildren, Braxton, Bailey, Oliver and Gracelyn. D.J. worked in Security and was a volunteer for the Buckheart Fire Department, Copperas Creek Fire Department and the Woodson Fire Department. A visitation will be held Friday October 6, 2017, from 5-7pm, at the Oaks-Hines Funeral Home in Canton, with a funeral service on Saturday, October 7, 2017, at 11 am, at the funeral home. Burial will be held at Oak Hill Cemetery Memorials may be made to the Buckheart Fire Department or to Lewistown Fire Department. To leave online condolences please visit www.oakshinesfuneralhome.com.