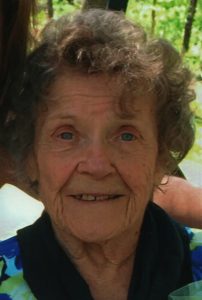 Dorothy Freida “Dot” Bohm, 87, of Havana, passed away at Mason City Area Nursing Home at 7:15 p.m. on Monday, September 4, 2017. She was born August 20, 1930, in Havana, to Harmon and Anna (Hahn) Sebade. She married Kenneth Wayne Bohm on April 18, 1953. He preceded her in death on April 27, 2016. Mrs. Bohm is survived by one son, Mike (Mary) Bohm, of Easton, one daughter, Heidi (Jay) Genseal of Mason City, four grandchildren and five great-grandchildren. She was preceded in death by her parents, sister, Marie Specketer and brother, Paul Sebade. Mrs. Bohm was a member of St. Paul’s Lutheran Church in Havana, where she had been active in the Ladies Aide and Mitten Tree project. She and Kenny enjoyed traveling and watching all of their grandchildren’s activities. Funeral services were held at St. Paul’s Lutheran Church, in Havana, at 11 a.m. on Friday, September 8, 2017 with visitation two hours prior to the service. A private burial will be held at Laurel Hill Cemetery in Havana at a later date. Rev. Kevin Wendorf will officiate. Memorial contributions may be made to Cal Farley’s Boys Ranch, Easters Seals or Mason District Hospital. Online memorial messages may be leftfor the family at www.hurleyfh.com. Hurley Funeral Home in Havana is in charge of arrangements.