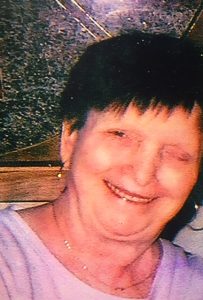 Sharon Marie Wagner Ray, 75, of Havana, passed away to be with her lord at 1:15 a.m. on Friday, August 18, 2017 at Memorial Medical Center in Springfield. She was born November 21, 1941 in Chandlerville to Fred E. and Essie (Miller) Wagner. She married Arnold D. Ray on March 10, 1957 in Havana. He preceded her in death on February 10, 2001. Sharon was a licensed cosmetologist, a licensed cosmetology instructor, and a licensed CNA. She worked for the Mason County Health Department. Sharon was a member of the Havana Church of Christ. She was well liked by all who knew her and was known for her wonderful sense of humor and her contagious laughter. She will be missed by all who knew and loved her. Sharon is survived by four children: Edward A. (Denice) Ray of Havana, Joanna L. (Mark) Winson of Liberty, Teresa “Terie” Ray of Havana and Angela S. (Ron) Wubben, of Havana, three grandchildren; Haleigh (Fauve) Ray of Gainesville, FL, Justin R. (Jacob) Ray of Quincy, Courtney M. Winson of Liberty, four step-grandchildren; Jonathan Kolves of Peoria, Jade A. (Kaj) Holgersson of Coal Valley, Cherise E. (Adam) Wiltse of Maryville, WA and Erika S. (Joey Robertson) of Rock Island, eight step-great-grandchildren; Adeleide & Evjin Holgersson, Ellana, Hope and Baylee Wiltse, Noah, Landon and Leena Robertson. Sharon is also survived by one sister; Kay F. (Rena Bailey) Early of Springfield, as well as several nieces and nephews, brothers and sisters-in-law and cousins. She was welcomed to heaven by her parents, brother Edward M. Wagner, Arnold, and their infant son David. Cremation rites have been accorded and a private graveside service will be at Laurel Hill Cemetery in Havana at a later date. There will be no visitation or funeral. A Celebration of Life will be held on Saturday, September 2, 2017 from 1 to 3 p.m. at 828 Blue Sky Meadow East, Havana IL. Online condolences can be left for the family at www.hurleyfh.com. Hurley Funeral Home in Havana is in charge of arrangements.