Gary King, 75, of Canton, passed away on Saturday, June 10, 2017, at Graham Hospital in Canton. He was born on October 8, 1941 in Joliet to Charles and Violet (Thorne) King. They preceded him in death. He married Darlene McDermott on October 19, 1963 in Pleasant Grove, Iowa. She survives. Also surviving are three children, David King of Lisle, Jason King (Dena) of Cincinnati, OH, Eric King of West Peoria, one brother, Charles King of Joliet, four grandchildren, Katie (Fionn) McLoughlin of St. Louis, MO and Tristan, Emilie, and Isaac King all of incinnati, OH. Gary graduated from Joliet Central High School before attending Loras College in Dubuque IA. After receiving his B.S. in Chemistry from Loras, he then accepted a teaching position at Marengo High School. After 4 years of teaching high school, he returned to graduate school and received his Ph. 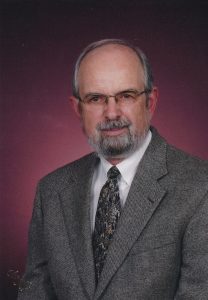 D. in Chemistry from the University of South Dakota. He then found his teaching home at Spoon River College in Canton where for the next 33 years he was surrounded by the students that he loved before his retirement in 2004. Gary lived a life of service through his lifelong commitment to teaching and through his involvement in a variety of community activities including the Spoon River College Faculty Association, the Illinois Community College Trustees Association, and as an active member of St. Mary’s Catholic Church serving on the Parish Council. He also enjoyed volunteering at variousorganizations including the Illinois Cancer Center and over 30 years with Meals on Wheels. Gary was a lifelong classical music lover and attended Loras College on a flute scholarship. He was an avid Chicago Cubs, Bears, and Bulls fan and enjoyed the outdoors greatly – especially golf outings and fishing trips with friends and family. Most of all Gary was a loving husband, father, grandfather, brother, and friend. He most enjoyed spending time with the people he loved. He will be greatly missed by al
l. His family would like to thank the people who cared for him in the last years of his life at both Red Oaks in Canton and Reflections in Washington for their loving care of Gary. They became family to him. A celebration of Gary’s life will be held on Wednesday, June 14, 2017, from 5 to 8 p.m., at the Oaks-Hines Funeral Home in Canton with a funeral Mass on Thursday, at St. Mary’s Catholic Church at 10 a.m. Burial will follow at St. Joseph Cemetery in Canton. In lieu of flowers memorials may be made to Spoon River College Foundation or St. Mary’s Food Pantry. To view Gary’s video tribute or to leave online condolences, please visit www.oakshinesfuneralhome.com.