Delores Jean Reeps, 81, formerly of Havana, passed away Friday June 9 at her residence in Normal. Delores was born, April 2, 1936 in Rockford to Doris and Arnold Gunther. She married Wilber Rice “Tex” Reeps in 1956 in Rockford. Mrs. Reeps is survived by four sons, Arnie (Angela Sorrells) Reeps of Woden, TX, Rick (Kim) Reeps of St. Joseph, MO, Brian (Melinda) Reeps of Pekin and Darrell (Beth) Reeps of Normal as well as eight grandchildren and eight great-grandchildren. She was preceded in death by her parents, her husband and one son Fred. Mrs. Reeps held several jobs in her lifetime to include burning old reserve notes(dollar bills),working in Oney’s bakery, harvesting potatoes and being a full time homemaker to five boys which was her hardest job. She was a devoted mother and wife and made sure that everyone was taken care of whatever the nee 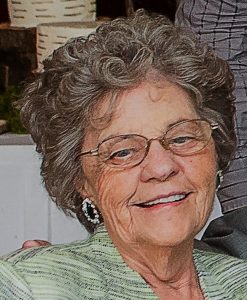 d. She loved to listen to music, dance and enjoyed flowers. A graveside service was held at Laurel Hill Cemetery in Havana on Tuesday June 13, 2017 where she was interred next to her husband and son. Hurley Funeral Home in Havana is in charge of arrangements.