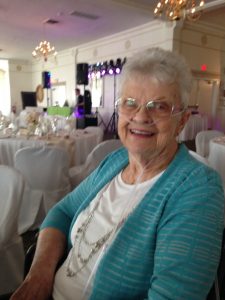 Marlene “Nama” Evelyn Taylor, 74, of Chandlerville, passed away Thursday, May 25, 2017 at Sunny Acres Nursing Home in Petersburg. Marlene was born June 14, 1942 in Bath, IL to Russell and Evelyn (Breeden) Kramer. She married Eugene “Gene” Taylor on February 21, 1959 in Bath at the Fairview Church. Marlene is survived by her children: Genene Taylor of Mokena and Sheryl Blair of Chandlerville; Grandchildren: Jacob (Anita) Huffman of Frankfort, Austin Conwill of Waukegan, Emily Blair of Arlington, VA; great grandson Mason Huffman; siblings Kathleen (Jim) Sarff of Chandlerville, Carol (Rick) Ash of Henderson, NV, Debbie Carrigan of Springfield, Terri (David) Smith of Bath, and Mark (Joyce) Kramer of Bath; several nieces, nephews and cousins. She was preceded in death by her parents, husband, two infant sons, one brother Harold “Sonny” Kramer and a sister Cynthia “Cincy” Kramer. Marlene was an accountant for the State of Illinois. She was a member of the Hopewell Baptist Church in Snicarte and the American Legion Ladies Auxiliary. She shared a special love for her pets, her three grandchildren, and all children. Her family will always fondly remember the delicious meals prepared and shared in her home, followed by a rousing game of spoons. Funeral services for Marlene were held on Monday, May 29, 2017 at 11:30 am at the Lintner-Hurley Funeral Home in Chandlerville with visitation beginning that morning at 10 a.m. Rev. Mike Hopps officiated. Burial followed at Chandlerville Cemetery. Memorial contributions may be made to the Chandlerville Cemetery. Condolences for the family may be left at www.hurleyfh.com. Hurley Funeral Home in Petersburg is assisting the family with arrangements.