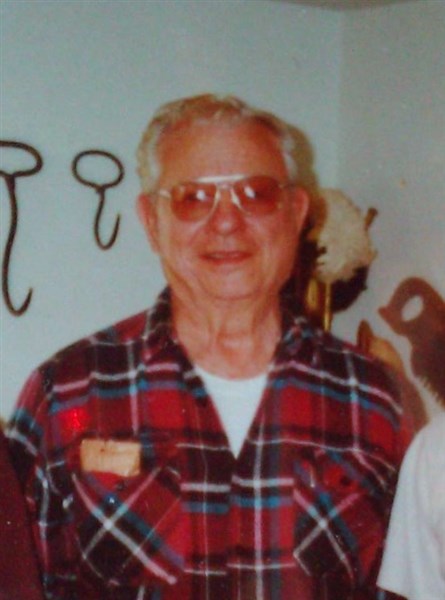 Vernon L. Williams, 94, of Bath, passed away at his home at 4:00 p.m on Saturday, May 28, 2016. He was born April 2, 1922, in Lomax, IL to Perry Calvin and Irene (Wiles) Williams.
Mr. Williams is survived by his wife, Dorothy, who he married on April 22, 2003. Also surviving are six children: Vickey Farson, Pennie Williams, Judy (Ted) DeGolyer, Steve Williams, Scott Williams and Susan Williams, twenty-two grandchildren and ten great-grandchildren as well as numerous nieces and nephews. He was preceded in death by his parents and fifteen brothers and sisters.
Mr. Williams was a former member of the Pawnee United Methodist Church and currently attended services at Bath United Methodist Church. He entered military service in 1942 with the 3rd Marine Corps Division in the South Pacific Theatre during WWII. He was discharged after the war and joined the Illinois National Guard until retirement in 1978 with thirty-five total years of service.
Visitation will be held at Hurley Funeral Home in Havana on Wednesday, June 1, 2016 from 5:00 until 7:00 p.m. Cremation rites will be accorded following the visitation and a graveside service will be held on Friday, June 3, 2016 at Camp Butler National Cemetery in Springfield.
Memorial contributions may be made to Bath United Methodist Church. Online memorial messages may be left for the family at www.hurleyfh.com.
Hurley Funeral Home in Havana is in charge of arrangements.