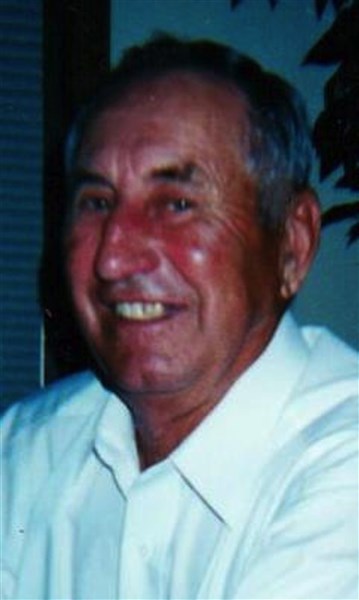 Lyle B. Mason, 83, of rural Cuba passed away at 8:02 AM Monday May 16, 2016 at his home.
He was born October 1, 1932 at Cuba the son of Blake and Sylvia (Melvin) Mason. He married Doretta Skaggs on September 23, 1955 at Manito. She survives. Also surviving are six children, George (Christie) Mason of Cuba, David Mason of Bushnell, Jeanne Dams of Cuba, Debbie (Chris) Wright of Cuba, Phillip (Patty) Mason of Bushnell, and Paul (Niki) Mason of Canton, four siblings, Pat (Fred) Benns of Pinckneyville, Charlie (Vickie) Mason of Lewistown, Larry (Rosemary) Mason of Summum, and Lynn Mason of Havana, 22 grandchildren, 32 great grandchildren, and five great great grandchildren, two aunts, Georgia Stambaugh of Cuba, and Lena Mae Franklin of Canton, and several cousins. He was preceded in death by his parents, a son-in-law Bob Dams, and a great grandson Zachory Taylor.
Lyle was a lifelong farmer and had also worked at Caterpillar. He was a veteran serving in the US Air Force during the Korean Conflict from 1952-1956. He was a member of the Fulton County Farm Bureau, and the Cuba American Legion. Lyle enjoyed farming, fishing, mushrooming, and hunting and he especially enjoyed spending time with family. He welcomed everyone and never knew a stranger. The family would like to thank the nurses of Graham Hospice and Grant Keime for their care for Lyle.
Funeral services will be held at 10:30 AM Thursday at the Henry-Lange Memorial home in Cuba with Pastor Ellen Dodd officiating. Burial will be at Cuba cemetery with military services conducted by the Cuba American Legion Russell Smith Post 533. Visitation will be held from 5-7 PM Wednesday at the memorial home. Memorial contributions may be made to the Cass-Putman Rescue Squad. To view Lyle’s life tribute video or to send online condolences visit  www.henrylange.com.