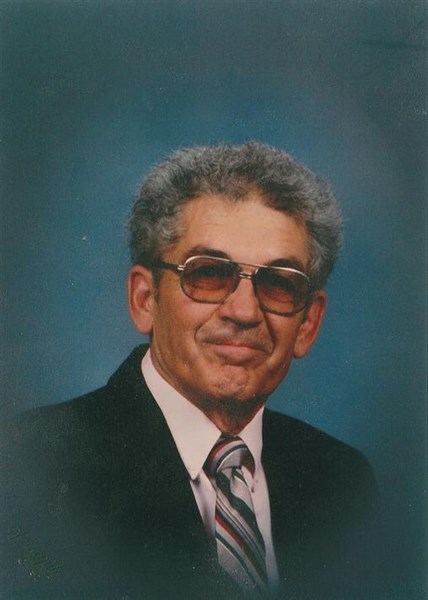 Kenneth Wayne Bohm, 86, of Havana, passed away at Mason City Area Nursing Home at 4:15 p.m. on Wednesday, April 27, 2016. He was born December 14, 1929, in Havana, to Lester and Goldie (Miller) Bohm. He married Dorothy Sebade on April 18, 1953.
Mr. Bohm is survived by his wife, Dorothy, of Havana, two children; Mike (Mary) Bohm of Easton and Heidi (Jay) Genseal of Mason City, four grandchildren, five great-grandchildren, one sister, Kay Oest of Havana as well as several nieces and nephews. He was preceded in death by his parents and two sisters, Audrey Hartry and Judy Wallace.
Mr. Bohm was a member of St. Paul’s Lutheran Church in Havana, where he had served on the Church Council and as Sunday School Superintendent for four years. He served in the US Navy for four years during the Korean War. He enjoyed antique cars and motorcycles and collecting license plates. He had been a member of the Havana Jaycees. He served as a Township Trustee and as a volunteer fireman. He retired from CIPS in 1988 after 30 years of service. After retiring, he helped his son, Mike, in his construction business for several years. Most of all, he loved spending time with his family, having traveled together to 48 states and to Europe three times.
Visitation will be held at Hurley Funeral Home in Havana from 3:00 until 5:00 p.m. on Sunday, May 1, 2016. Funeral services will be held at St. Paul’s Lutheran Church in Havana at 11:00 a.m. on Monday, May 2, 2016. Rev. Kevin Wendorf will officiate. Cremation rites have been accorded and a private burial will be held at Laurel Hills Cemetery in Havana at a later date.
Memorial contributions may be made to the Alzheimer’s Association or Pets Without Parents. Online memorial messages may be left for the family at www.hurleyfh.com.
Hurley Funeral Home in Havana is in charge of arrangements.