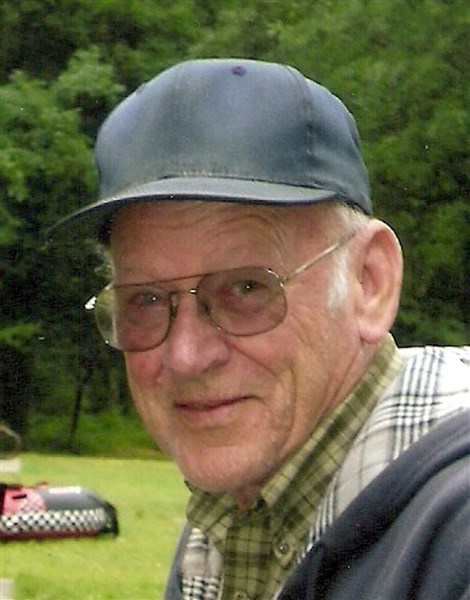 Philip D. Graham, 84 of Joliet, IL. formerly of Canton, passed away, on April 23, 2016 at Joliet Area Community Hospice. Phil was born to Ray and Addie Smith Graham from Ipava, IL on September 22, 1931. He graduated with the class of 1949 in Canton. Phil married Patricia A. Wilcoxen from Lewistown, IL on June 9, 1956.
Phil is survived by his wife Patricia, sisters, Norma (Maurice) Russell and Wilma (late Ray Sr.) Widger both of Canton. He is also survived by several nieces and nephews. He is preceded in death by his parents and brothers, Lawrence, William, Robert and Doke.
Phil was employed with the city of Joliet Engineering Department, retiring in 1989 after 30 years. Phil loved watching his “Cubbies” and was a member of Ducks Unlimited. He loved hunting and fishing and spending time with his family.
Funeral services will be held on Wednesday, April 27, 2016 at 12:00 PM at the Sedgwick Funeral Homes & Crematory in Canton, where visitation will be from 10:00 AM until the time of the service. The Rev. Kevin VanTine will officiate. Cremation rites will be accorded after the services. Memorials may be made to the Joliet Area Community Hospice in Joliet, IL. To view Philip’s DVD or to leave online condolences please visit www.sedgwickfuneralhomes.com.