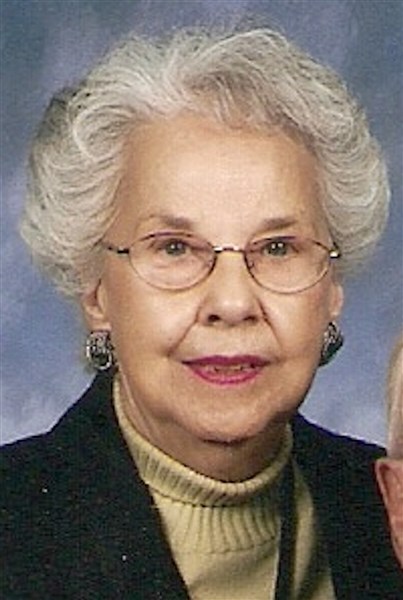 Joanna Jarvis, 89, of Canton, passed away at 8:23 pm on Monday, April 25, 2016 at Graham Hospital. She was born on June 26, 1926 in Industry, IL to Howard and Verna (Olson) Messmore. She married Ora F. Jarvis on June 6, 1948 in Colchester, IL. He preceded her in death on August 25, 2010.
Also preceded are her parents; son, Larry Jarvis; and one brother.
Surviving are three children, Lynn (Phyllis) Jarvis of Canton, Judy (Bill) Leitze of Canton, and Chuck (Denise) Jarvis of Canton; twelve grandchildren; and eighteen great-grandchildren.
Joanna worked at Camp Ellis and also in Galesburg during WWII taking care of wounded vets. She was a member of First Christian Church in Canton. She enjoyed being very active in her church, winters in Florida, and spending time with her family and friends.
Memorial service will be at 12:30 p.m. on Friday, April 29, 2016 at Sedgwick Funeral Homes & Crematory in Canton where a visitation will be held from 11-12:30 PM. Rev. Glenn Nestlerode will officiate. Burial of ashes will be at Colchester Cemetery in Colchester, IL at a later date. Memorials can be made to her church. To view Joanna’s DVD or to make online condolences you may go to www.sedgwickfuneralhomes.com